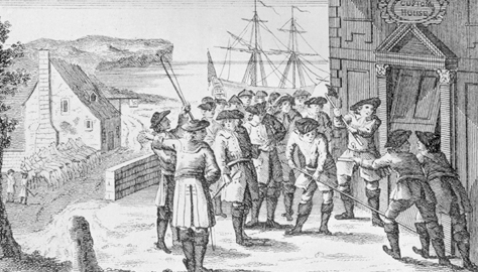 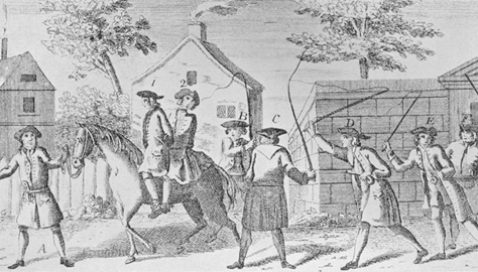 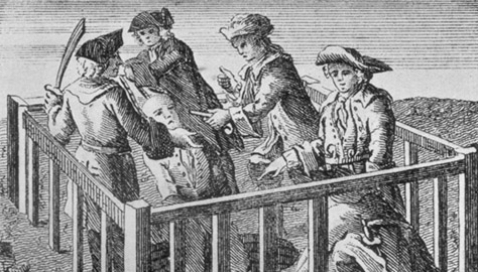 For two hundred years the ports of the South Coast saw a battle between smugglers and the Excise Men – as the tax collectors were know. The smugglers were often local fisherman with intimate knowledge of the coast, and the skills to bring a small boat to shore at night to unload. The Excise Men - generally from outside the area - relied on informers, patrols and searches to intercept these smuggled cargoes.

In the mid-seventeen hundreds the Hawkhurst Gang were the most feared smugglers in Dorset. One dramatic chapter of their story occurred right at the spot where you’re standing. If you look over to the other side of the street you can see an elegant building with a curved double staircase. This is Poole’s Custom House where the excise men had their base.

In 1747 The Hawkhurst Gang lost a valuable cargo of tea, coffee and brandy to the excise men off the coast of Dorset. The cargo was brought to Poole and stored in the Custom House, protected by the guns of a Royal Navy sloop . The Hawkhurst Gang were determined to get their goods back. And they realized that time and tide was on their side.

On the 8th of October 1747 they waited in the vicinity as the tide went out. The navy sloop dropped lower and lower until, by two in the morning, her guns were below the edge of the quayside, making them temporarily useless. The gang pounced, breaking open the doors of the custom house, carrying out the smuggled tea, worth about five hundred pounds, and escaping on horseback.

The Gang’s success was short lived. Some months later they brutally murdered two men they suspected of working for the Excise. Local opinion turned against them and within a couple of years all the gang members had been killed in fights, hanged by the courts, or fled abroad.’

You can read a witness statement from the Hawkhurst Gang's trial in the download below, describing their raid on the Custom House.